Metroidvania – a genre I love since childhood. One of my first games was Legend of Zelda – Ocarina of time, no Metroidvania, but no one can deny the similarities.

I had the honor to test a new indie Metroidvania: Operation Smash.
Although the game currently has closed beta status it is very polished. There are a few bugs I encountered and 1) they were pretty minor 2) I am sure the developer will fix them before the release.

The game has a lovely (16 bit) retro look. The first actual gameplay image I saw was promising: 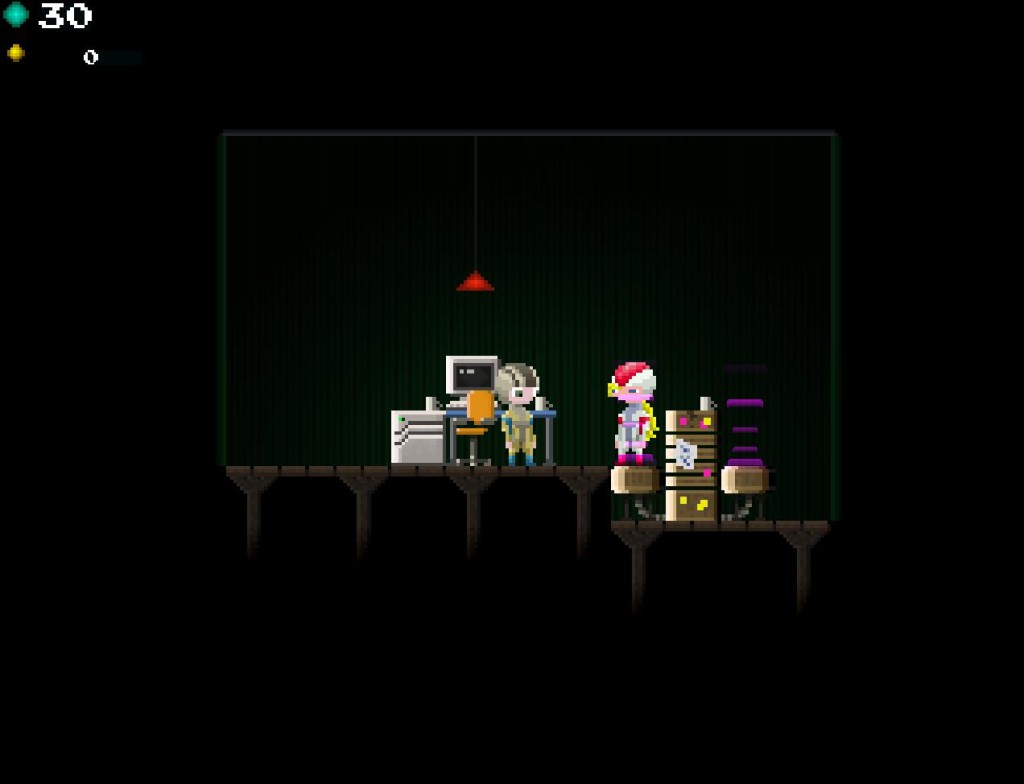 Personally I like this style – very charming and polished!
After this scene you are forced to go straight into action and can immediately begin exploring.
The controls are simple and very accessible if one is familiar with platformers: Move left and right, one button for jumping, another for swinging your weapon (a hammer). I like to play these kind of games with gamepads if possible. Configuration of said gamepad was very easy. The one thing that may be a bit unfamiliar when starting out is the “floaty” gravity – you slide a lot, but that strange feeling vanishes after about 10 minutes of gameplay, in fact I found it somewhat appropriate later on.

Enemies will of course try to harm you, generally they have 2 ways of doing so:
a) They touch you
b) They shoot at you
But you are lucky! The hammer not only is a powerful melee weapon, but can deflect shots as well. A handy defense. 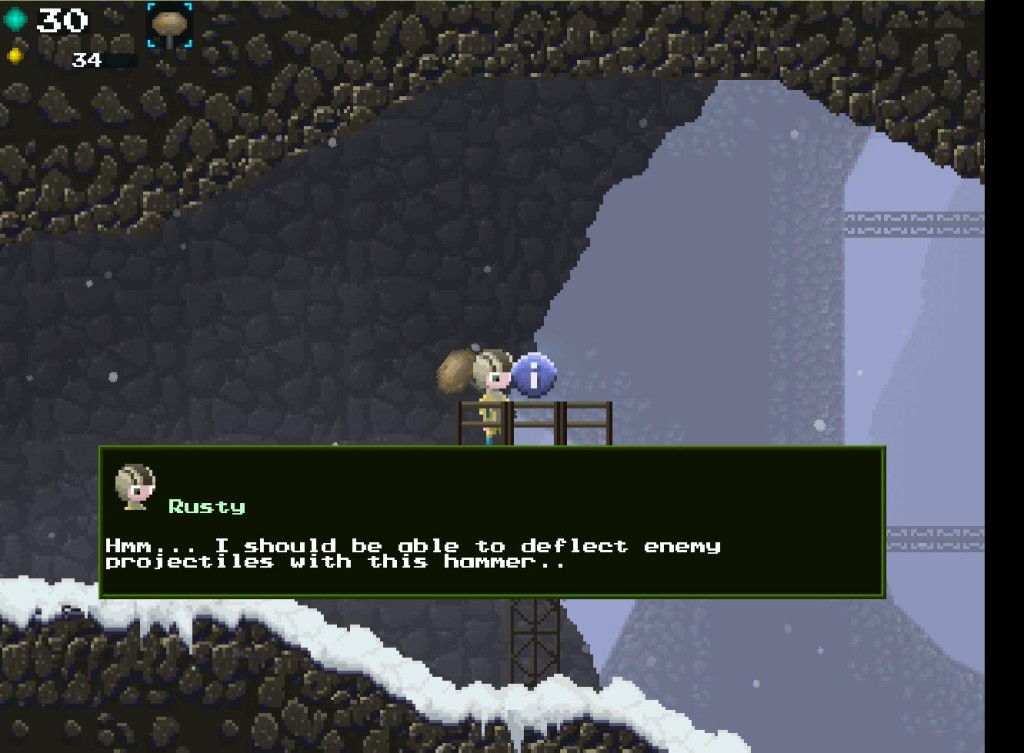 Learn to defend yourself!

And you will need to defend yourself often.
As this game is a typical Metroidvania you will explore. In this game you will explore a lot, because the map not only is huge, but has an astonishing amount of environmental diversity. You will venture through caves, fiery hot lava caves etc. (I don’t want to spoil anything). And there is a lot to explore. Many upgrades can be found, and almost every hidden path has some sort of reward. You will also backtrack a lot, revisit a lot of areas you have previously been to, but that does not matter: Your new abilities will be able to let you access areas you could not access before. This game is a true Metroidvania with a ton of secrets to find! Sometimes the game teases you, shows you stuff you cannot reach yet. 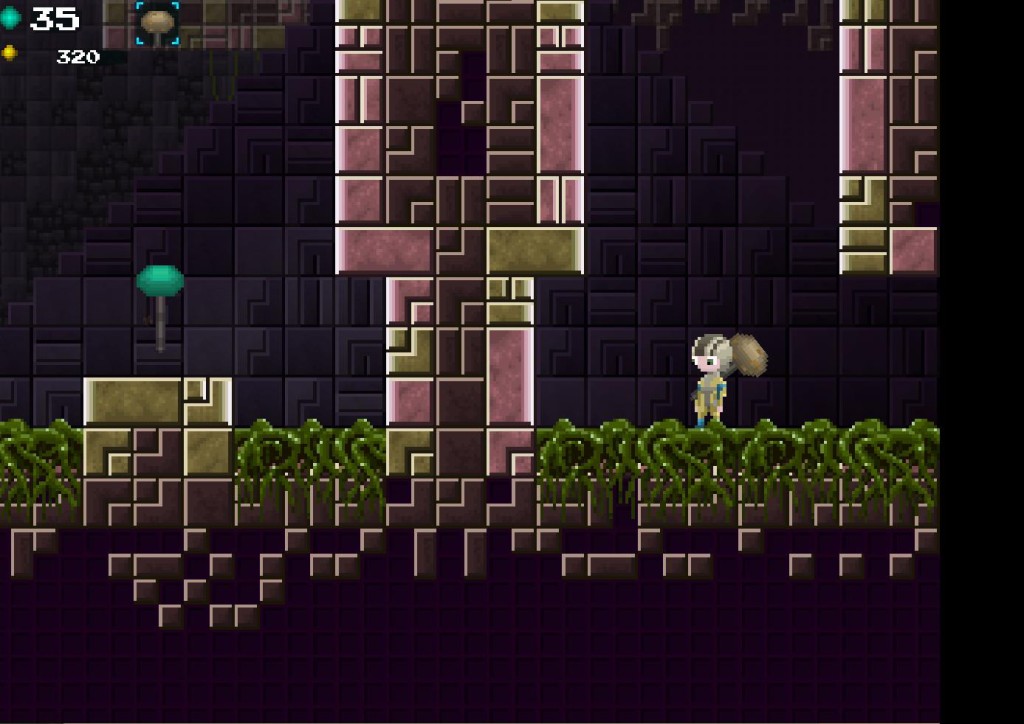 All in all the gameplay is rewarding. The only thing I missed while playing were boss encounters. As far as I can tell the only time you have to fight, your enemies will be the default cannon fodder. But the game manages to position them in a very challenging manner. You will have to struggle to get to various locations! That’s great and I personally like the level of challenge the game provides.

So.. controls.. graphics.. gameplay.. all of them are done very well. So what’s missing?
Ah yes, the sound.
The soundtrack is amazing. It helps the whole atmosphere of the game a lot, but can also be enjoyed as music alone! The soundeffects are fine as well, maybe generic at times, but the developer promised he would redo/add new sounds!

All in all this game has a very high level of polish and is fun to play, the atmosphere is great, the music is wow, so what can I say? If you like metroidvanias you should keep an eye on this fine game. Oh, and you can also vote on the game on Steam Greenlight. I am certainly looking forward to playing the whole experience once it is released in its final form.